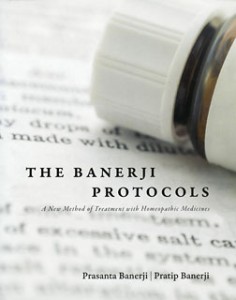 Four generations of homeopathic doctors. Hundreds of thousands of consultations and treatments a year. The Banerji´s have, during their long careers, collected an enormous amount of medical data and used it for scientific research. Together with their team, the Banerji´s have discovered which remedies were most effective for which disease, safe and without side-effects. This knowledge has been brought together in the so called Banerji-protocols.